‘No fault divorce’ finally comes into force on 6th April 2022 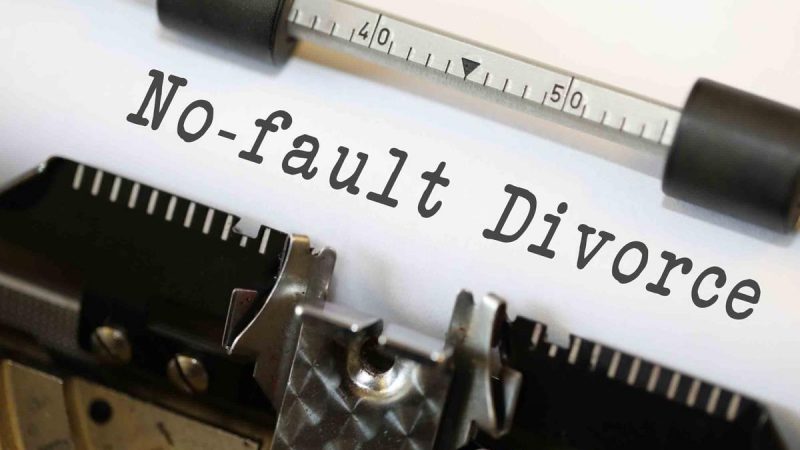 On the 7th June Ministers announced that the Divorce, Dissolution and Separation Act 2020 (heralding the arrival of the so called ‘no fault divorce’) will come into force on 6th April 2022.

This is slightly later than expected and it is felt the delay could well be linked to essential IT changes HM Courts & Tribunals Service (HMCTS) will need to make to their online divorce systems to support the changes.

That said as the date is now confirmed as a matter of Parliamentary record, it provides family solicitors with a concrete timetable to work to and means we can refer to the provisions within and possible implications of the new Act whilst advising our clients.

What is a ‘no fault divorce’?

If you are unfamiliar with the term ‘no fault divorce’ it is a concept that was put forward for Government consultation because it was felt it could provide a way of making divorce a more considered process, reducing conflict, and even offering couples a higher chance of reconciliation.

In April 2019 following the initial consultation period the government announced they would be making certain changes to the existing divorce legislation under the following framework:

Retention of irretrievable breakdown as the sole ground for divorce to be demonstrated by a confirmatory statement from one party, removing the requirement to satisfy one of the five facts.

What does no fault divorce mean for clients?

As we’ve already said, the reforms were initially proposed because it was felt they will help reduce the levels of hostility between divorcing parties.  It should also increase the chances of them acting more collaboratively to reach a more amicable and beneficial settlement.

However, these benefits won’t just be felt by the parties divorcing.  More importantly, it should also make the process easier for children and as active members of OnlyMums & OnlyDads’ Family Law Panel this has to be a huge step forward in our opinion.

Nigel Shepherd is a former Chair of Resolution, the UK’s leading professional body for family law professionals.  Mr Shepherd has long been an advocate of ‘No Fault Divorce’.  He was quick to underline that while the delay to the Act becoming law is “disappointing”, it may actually prove beneficial:

“It is essential that the IT is fit for purpose in order to ensure the new divorce process works the way it is intended. The delay will also allow practitioners to become acquainted with the new rules in good time before the Act comes into force.  We will continue to work closely with them as the date for implementation approaches – we will be seeking concrete assurances at every opportunity that this new date will be met and will keep members informed of progress and new developments.”

We will also be following progress and provide updates as they become available via our blog.

If this raises any questions or you would like to discuss your own situation in confidence, please email Bernadette Hoy or Aisling Collins to set up an initial call.